Dhaka Chamber of Commerce and Industry (DCCI) today hailed several proposals of the national budget for fiscal 2018-19 (FY19), but requested the government for considering a cut of at least 2.5 percent in the corporate tax in all categories.

“The government can reconsider slashing corporate tax in all categories at least 2.5 percent,” 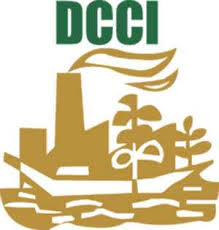 In the proposed budget, he said, the government has only reduced 2.5 percent corporate tax on publicly and non-publicly traded banks, Insurance and NBFIs.

He said, “if government cuts corporate tax rate from the existing rate and reinforce us to reinvest that money into the business, we will willingly do that.”

He said, “At present private sector investment to GDP ratio is 23 percent but if we want to increase it one percent more, Taka 25,000 crore to be invested in a year,” he said.

Abul Kasem Khan said the government has set a target to increase private sector investment to GDP ratio to 25.15 percent which will be challenging if corporate tax rate is not cut down.

In the proposed budget, he said, double taxation system on dividend is withdrawn which is laudable.

The business leader hailed the decision of the government for reducing duty on imports of accessories for locally produced motorcycle, mobile phones and tire tubes.

He said the government should increase the budget on railway under ADP which is Taka 11,155 crore 3.12 percent increased than that of last year.

He said budget on railway should be double for better communication network.

Abul Kasem Khan appreciated the government’s initiative to form a Committee, named “National Committee for Monitoring and Implementation” for working out to position Bangladesh below 100 notches in the Ease of Doing Business Index within the next five years

He also proposed not to increase VAT rate this year.

He also hailed the ADP allocation of Taka 1,73,000 crore which is an increase of 16.59 percent from the revised budget.